I’m one of those people that just naturally pulls for the underdog. I’ve always been that way. My parents kind of raised me like that. We’ve always had all sorts of family friends from all different kinds of backgrounds. Anybody, from any walk of life, was always welcomed into our home. I’m thankful for that. It’s made me understand mercy at a deeper level. Having said that, the Kentucky Derby was held recently. The underdog of all underdogs happened to take home the coveted trophy this year. The horse’s name was Rich Strike and he was literally given an 80-1 odds chance of winning. Until the race for the finish in the homestretch, he was literally in 17th place! But he persevered, pulled ahead of the pack, and went on to be the champion! Wow! What a grand finale!

I certainly believe God gives us those glimpses in life to see a particular character trait of His. He sees what the world sees as “weak” as “strong”. He looks upon common, everyday people and sees potential. He’s never afraid to take a chance on anyone. He knows what He’s put on the inside of them! When they saw the courage of Peter and John and realized that they were unschooled, ordinary men, they were astonished and they took note that these men had been with Jesus (‭Acts‬ ‭4‬:‭13‬ NIV). Unschooled and ordinary! This combination mixed with having been with Jesus created an extraordinary circumstance! People will truly be astonished when confronted with the workings of Jesus! There’s no other explanation. It has to be Him because no finite human mind can explain an infinite God of the universe.

God doesn’t do things the way we do them. He looks at a person’s heart. The world looks at the outer appearance of people and makes a decision on whether they “measure up”. But the Lord said to Samuel, “Do not consider his appearance or his height, for I have rejected him. The Lord does not look at the things people look at. People look at the outward appearance, but the Lord looks at the heart.” (‭1 Samuel‬ ‭16‬:‭7‬ NIV) He gets to decide. I like that! We can be confident in the fact that our very weakest areas are no match for His willingness to use those areas and shine brightly!  In fact, He will literally zone in on the weak areas and make that our strength through Him. Only a mighty God can do this!

So if you feel like you don’t measure up in some way, congratulations. I’ve got great news for you. Jesus wants to use you to help further His kingdom. But God chose the foolish things of the world to shame the wise; God chose the weak things of the world to shame the strong (‭1 Corinthians‬ ‭1‬:‭27‬ NIV). His mighty power is so evident when people see lives completely changed. What we think is impossible is always possible when an almighty God shows up!

I’m glad Jesus has a heart for the underdog. This is something I absolutely love about Him. He sees the “what could be” not “what is” in all of us. That’s certainly wonderful news to me! My flaws, my messes, my bad attitudes….none of that keeps Him from pursuing me! He wants to roll up His sleeves and get involved. He wants to show the world what He can do through flawed individuals. Since God in his wisdom saw to it that the world would never know him through human wisdom, He has used our foolish preaching to save those who believe (‭1 Corinthians‬ ‭1‬:‭21‬ NLT). What a mighty God we serve! He takes the ordinary and makes it extraordinary. 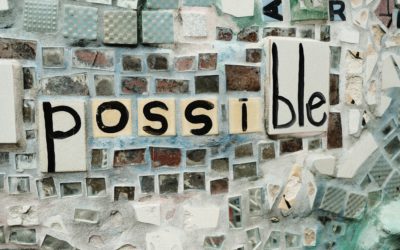 Have you ever had one of those days that you just need a “do over”? I mean from the minute you wake up it’s like everything is coming against you! Sometimes it’s not just a day. It’s a season of life. Maybe a loved one is sick. Maybe you’re facing an illness yourself....

END_OF_DOCUMENT_TOKEN_TO_BE_REPLACED 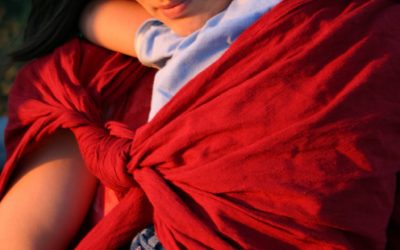 Who hasn’t witnessed a situation where two or more children are arguing over the belonging of an object? The truth of the matter is, it may not belong to either of them. “I had it first,” one might say. “No, you had the blue one.” On and on. You get the idea. It seems...